Because houses are being built more efficiently to help reduce heating and cooling costs they do not allow fresh air to circulate in and out of the building and therefore have a tendency to trap moisture inside the home. This moisture can lead to active mold growth, especially if some type of water loss occurs inside the home.

How Can Mold Make Me Sick?

Mold can produce a variety of side effects in individuals. Typically these are broken down into two groups’ 1.Short term and 2.Long term. Symptoms of mold exposure can include, but are not limited to, dry eyes, runny nose, headaches, nausea, breathing difficulty, asthma, higher susceptibility to respiratory infections i.e. pneumonia, chronic bronchitis, learning disabilities, mental deficiencies, heart problems, cancer, multiple sclerosis, chronic fatigue, lupus, fibromyalgia, rheumatoid arthritis, and bleeding lungs. Mold by itself typically isn’t dangerous; however the byproducts that mold produces are very dangerous. These include mycotoxins and spores.

Short term side effects to mold exposure are most noticeable in people who are allergic to mold. Typically these individuals are able to detect mold before anyone else due to the discomfort they feel instantaneously when they are near mold. These symptoms manifest themselves through physical discomfort such as headaches, difficulty breathing, watery eyes, sore throat, nausea, and fatigue. Allergy type symptoms to mold exposure stop once the individual is removed from the contaminated environment. People who are allergic to mold are somewhat lucky because their body tells them that mold is present and they need to leave the area or correct the problem. Unfortunately, most people are not allergic to mold which often times leaves them unknowingly exposed to dangerous levels of mold for extended periods of time.

Long Term Side Effects To Mold Exposure because the majority of the population is not allergic to mold they experience no immediate side effects when they are initially exposed to mold. This lack of rapid physical symptoms causes a false sense of safety when in reality mold poses substantial reason for concern. Long term side effects to mold exposure include chronic bronchitis, learning disabilities, mental deficiencies, heart problems, cancer, multiple sclerosis, chronic fatigue, lupus, fibromyalgia, rheumatoid arthritis, and bleeding lungs. When mold grows it produces spores and mycotoxins which are both very dangerous to humans.

Mycotoxins by nature are deadly. These toxins are produced by mold so that it can compete for various food sources. They are designed to kill and/or destroy other varieties of mold and as a result are also very dangerous to humans. Some mycotoxins have even been found to be carcinogenic.

Spores are also produced when mold is actively growing. Spores are “seeds” produced by mold to create new colonies and spread itself throughout its environment. Spores are inherently dangerous to humans because they lodge themselves in the lungs. They then become permanently entangled in the alveoli (hairs) of the lungs. Because the body is not able to expel the spores from the lungs it encapsulates them and creates something which resembles scare tissue. Over long periods of time more spores are ingested and the “scar tissue” increases. The end result is reduced lung capacity and a higher susceptibility to respiratory infections and asthma.

Time to Catch Your Breath

Whether an individual is allergic to mold or not they should always lean on the side of caution when they are near or around mold. Mold typically does not produce any immediate physical side effects; therefore awareness to the dangers of mold is essential. For more information regarding mold, feel free to Contact Us.

Colorado Disaster Cleanup Services of Colorado Springs is one of the most respected and experienced mold removal and restoration contractors in the Colorado Springs, Colorado area. 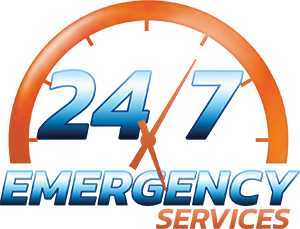